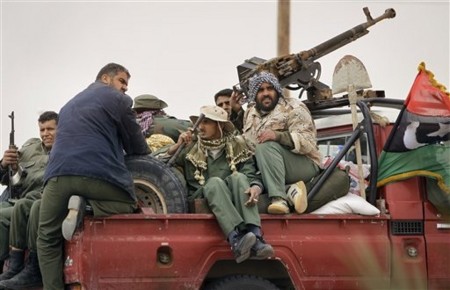 After Libyan rebel forces suffered their second deadly "friendly-fire" attack from NATO air strikes, rebel leaders have taken an unusual step in trying to protect themselves from their global protectors. Soldiers in the rebel campaign have now started to paint the roofs of their vehicles bright pink in order to alert NATO air forces that they are not allied with the Gadhafi regime--and therefore should not be singled out for attacks from the air. For its part, NATO's leadership today offered an grudging apology for accidentally killing at least four Libyan rebels in an air strike on Thursday.