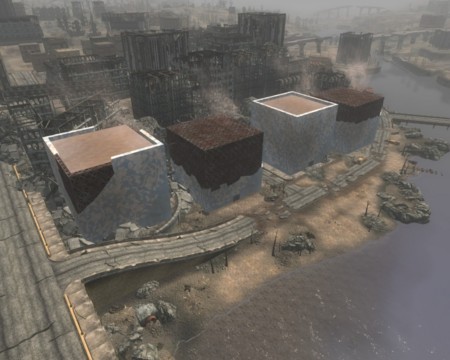 has recreated the ruins of the Fukushima Daiichi nuclear power plant in Fallout 3, an adventure game that features the player trekking through the ruins of Washington D.C. after a world war resulted in a nuclear holocaust.

A modification like this is probably going to spark questions about whether it’s too soon to recreate this kind of disaster in a video game without offending anyone — Japan’s 9.0 earthquake, devastating tsunami and radioactive leaks are still open wounds. But professional and casual game developers have been using video games as a medium to pay homage to lives lost in disasters or as a tribute to individuals for about as long as they have been able to create custom modifications of popular games. The ruins are an addition — or mod — of the original game, which featured destroyed landmarks like the Washington Monument and the Lincoln Memorial.